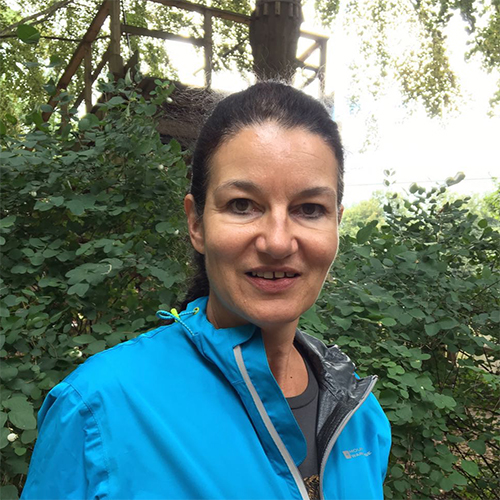 Jules Findley’s practice-based research is in embodied materiality, which has led to questioning in-depth areas of emotions around complicated grief and memory using the methodology of affect and repetition in making paper, evolving into paintings, drawings and sculpture.

The studio is the home, the domestic environment, used as a source of comfort, where the artefacts are stored instead of food on the shelves. The tools used reside in the kitchen, such as the kitchen blender, cloths for mopping up water.

Focusing on fragmentation, layering using the hand in mixing substrates to produce paper, sized with milk and using charcoal mix into a paste with milk to draw and paint from specific burnings to produce the metaphors of paper like skin. Examining maternal loss and absence generating an embodied materiality using repetition. Elements such as soil, hair and ash are used in the paper, and sculpture using paper-based clay.

Jules presents at international conferences, making work for exhibitions and teaches on the award winning Fashion Communication course which she wrote in 2014.

Jules gained her PhD Textiles from the Royal College of Art. She has a First Class Honours in Fashion and Textiles, and an MA in Learning and Teaching. She has worked extensively in the fashion industry in trends, fashion illustration, catwalk photography and as a fashion and product designer for Loewe SA. Madrid, Spain, and was Creative Director for PEX plc. Jules has worked in the post-production industry creating SFX for Cinesite Europe, CFC Framestore, character animation for Jim Henson’s Creature Shop, VFX for BBC Science and cg-supervisor for Stardust Productions, Berlin, Germany.

Making paper became a metaphor for skin-to-skin, skin-on-skin, remaking the used and reused into new, analysing embodied materiality in its essence creating substrates at the encounter of the elemental. The textile and fashion processes of unravelling, unfolding in both cloth and paper become material conductors of our passage through life. Edges, raw, fragile and delicate became the metaphor for recent loss and the emotional unease in complicated mourning. Material making and material thinking in paper, cloth and textiles from substrate to final output and the process of that whether it be using the camera or in film is where the sub-conscious thoughts can rise to the surface.

I learnt about research methodologies in postgraduate education in MA in Learning and Teaching, with social science methodologies such as discourse analysis and grounded theory. These methodologies expanded significantly in practice-based PhD research, where I started looking at autoethnography, heurism, repetition, play and the suspension of judgement, reflective practice, prototyping, affect, empathy, the feminine and the significance of the hand with making in my work, together with the domestic environment as studio and the kitchen cupboards as storage for my work.

These mixed methods became the background of my research into the  making paper and making papermade clay sculptures to produce artwork which describes fragile and fragmented states of the feminine and complicated grief.

Teaching in Higher Education for me came after an extensive period in industries, firstly in Fashion and Fashion Communication and secondly Post Production in Film and TV. I have been fortunate to work with cutting edge technology and in industries that are 24/7, where in photography and film, films were scanned and developed over 24hours, which suited my enthusiasm and passion for working in detail on projects. I have worked for corporations like BBC, satisfying customers and shareholders as Creative Director for a plc, as well as being self-employed.

My teaching developed during the time I studied for MA in Teaching and Learning in Cambridge, putting into practice daily what I learnt weekly is an inspiring way to teach. This inspiration has stayed with me, creating new and fresh projects for students demanding their attention as if to enter an industry context. One of the most important subjects for me is the ability to teach research techniques to students. Giving the students progressive tools on how to think conceptually around a subject in order to create original ideas, allows the student to find and articulate their own voice in creating ideas and outputs. Research through investigating literature, contemporary art, political ideas is a transferable skill, in recording, debating, discussing and making as students can use these techniques in the fashion communication industry or in furthering their own work in other disciplines as well.

“Jules is an inspiring and supportive person to work with. Her guidance during my time with her as part of the talented teaching team, has been invaluable. Jules leads by example, she genuinely cares about those she teaches / mentors and works hard to drive results to help maximise potential both academically and professionally. Jules has taught me how to best utilise and develop my skills in the academic world and to balance this with my industry know how. Jules has introduced me to respected networks in education and enterprise. I cannot speak highly enough of Jules’ compassionate and motivational approach, not only to teaching, but more importantly mentoring her students.” Linked In

I have had the privilege of teaching in a number of contexts, atelier, studio, workshop, one to one, seminar, small group teaching, large group teaching, giving presentations to conferences as well as working through ideas in collaborations with students. This has encompassed a broad group of surface and deep learning techniques which has given me a variety of tools in my teaching repertoire including conceptual thinking and developing ideas in research.

Since 2013, I have been a Senior Fellow of the Higher Education Academy. I have had experience of writing and developing course material,  new courses for undergraduates and postgraduates in different subjects.

I have a broad professional experience at a high level. Originally Fashion and Textile Design trained at undergraduate level and I became a fashion designer in industry, eventually working as a Creative Director for a plc, as well as design consultant for Agatha Ruiz de la Prada, Paris and Madrid. I worked as a fashion and product designer and as trend director for Loewe S.A. Madrid for eleven years, as well as working as a fashion photographer for catwalk photography and in fashion forecasting and trends with International Textiles. As a designer, I worked with design companies such as Fitch, Pentagram, David Davies and Stuart Baron.

During this time at night I worked in theatre in Lighting and actor in the Gielgud Theatre working with directors such as Nuria Espert, and was follow spot at London Collesium with ENO. Working in theatre inspired more study, and a career in post production followed as a 3D Character Animator and 2D Compositor for the film industry working as an animator creating the fist VFX for BBC Science for BBC2 television series, as character animator for Jim Henson's Creature Shop for film, front end animation for computer games companies such as Psygnosis and compositor at Cinesite Europe, in UK, USA making 10 feature films and finally as CG Supervisor in character animation for a children's series for Halmark Entertainment in Berlin.

Postgraduate supervision is a keen interest and can supervise students from my research interests which are broad. Keywords are here:

File
Handmade Paper
Ash
Milk
Canvas
Physical
Your message has successfully been sent.
Your message was not sent due to an error.
If you made any changes in Pure these will be visible here soon.