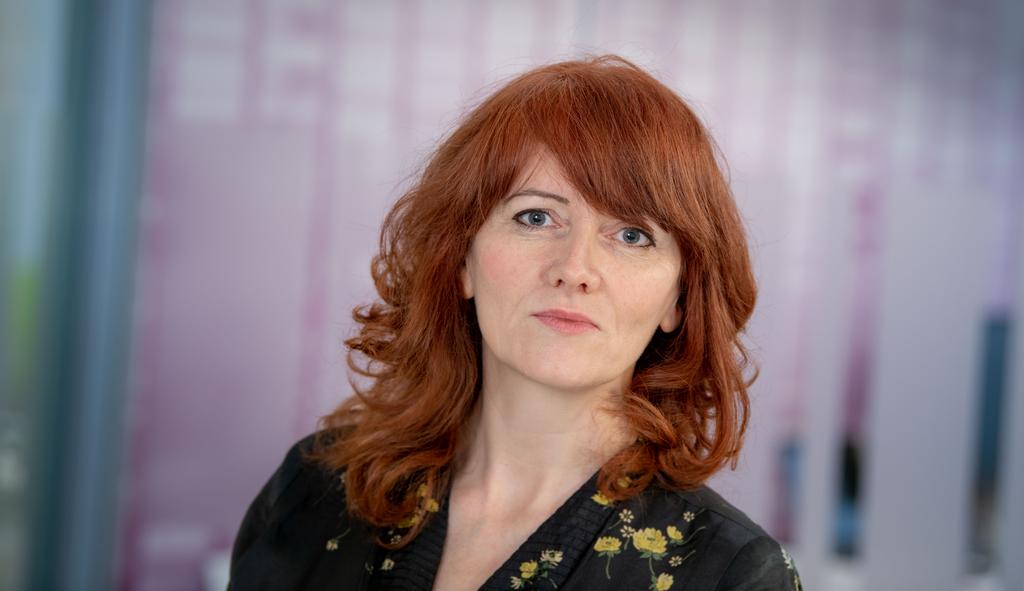 Dr Annebella Pollen is an academic working across a range of interests in material and visual culture.

Her research areas include mass photography and popular image culture, and histories of art, craft, design and dress.

Annebella has supervised three PhD students to completion. She is currently supervising eight research students and has examined a further twelve at University of the Arts London, University of Brighton, British Museum/University of Nottingham, Bolton University, Glasgow School of Art, Lancaster University, Manchester School of Art, SOAS and University of Sussex in topics across the history, theory and practice of art and design. She is interested in supervising projects relating to visual and material culture, especially in relation to popular photographic practices and popular image cultures, Mass Observation, modern British art and design, non-elite design and dress history, everyday / vernacular cultural practices and countercultures.

Dr Annebella Pollen is Principal Lecturer and Academic Programme Leader in the History of Art and Design, and Deputy Director of the Centre for Design History. Previously she has been Assistant Director of the Internationalising Design History research cluster (2016-17), AHRC Research Fellow (2015-17), and Director of Historical and Critical Studies, Faculty of Arts (2012-15). Her research interests span a range of historical periods and case studies but broadly cluster into two areas: the visual and material culture of everyday life especially in relation to popular image culture and photography; cultural politics, especially in relation to marginal and alternative visual and material forms.

Annebella holds a PhD from University of the Arts London. She has a first class BA in Visual Culture, a PGCert in Learning and Teaching in Higher Education (Distinction) and an MA in Design History and Material Culture (Distinction), all from the University of Brighton where she has lectured since 2005 in the History of Art and Design.

In 2018 Annebella won a competitive commercial book commission from the British Council to produce a history of art in international cultural relations, focusing on the British Council Collection of 9000 modern and contemporary works. Art without Frontiers will be published in 2020.

During 2015-17 Annebella was awarded a two-year AHRC Fellowship for the project 'Picturesqueness in Everything: The Visual and Material Culture of British Woodcraft Groups, 1916-2016'. This grew out of Annebella's 2013-14 University of Brighton sabbatical award, and developed her ongoing research into the role of art, craft, design and dress as forms of resistance, radical educational strategies and utopian ideals, focusing on progressive interwar reform organisations including the Kindred of the Kibbo Kift, Woodcraft Folk and Order of Woodcraft Chivalry. Annebella's book The Kindred of the Kibbo Kift: Intellectual Barbarians was published by Donlon Books in 2015; her co-curated exhibition on the subject ran from 2015-2016 at Whitechapel Gallery. Alongside, Annebella co-steered the 2015-16 Heritage Lottery Funded project, 90 Years of Woodcraft Folk, and co-edited and contributed to A People's History of Woodcraft Folk (2016). In 2018, Annebella co-convened a UCL symposium, Education for Social Change: The many histories of Woodcraft Folk. In 2019-20, Annebella is working with creative partners to develop her research on Kibbo Kift into a feature-length documentary film.

Annebella’s longstanding research interest in the history and ethnography of mass photography has covered found photos, family albums, vernacular archives, amateur competitions, photographic publishing and the photographic industry. It is the focus of her book, Mass Photography: Collective Histories of Everyday Life (I. B. Tauris, 2015). Further research can be found in her co-edited collections Reconsidering Amateur Photography (National Media Museum, 2012) and Photography Reframed: New Visions in Contemporary Photographic Culture (I. B. Tauris, 2018) as well as in chapters in The Photobook: From Talbot to Ruscha and Beyond (2012), The Blackwell Companion to Photography (2020), The Bloomsbury Handbook of Photographic Studies (2020) and Photography Off the Scale (2020).

Annebella's interest in photography intersects with her work on popular image culture more broadly, including research on Victorian valentines (Early Popular Visual Culture, 2014), Edwardian picture postcards (Photography and Culture, 2009) and a co-edited 2013 publication on the history of the silhouette portrait. She regularly writes for the photographic press; her monthly column, Flea Market Photobooks, for Source: Thinking through Photography, explores non-canonical illustrated publications.

Research into design and dress histories cuts across many of Annebella's interests. Publications include the co-edited collection with Charlotte Nicklas, Dress History: New Directions in Theory and Practice (Bloomsbury, 2015), and journal articles and book chapters on historical dressing-up costumes, political uniforms, nudism and dress reform. Since 2017 she has led a collaborative research project with Worthing Museum and Art Gallery, focusing on their nationally-renowned costume collection. In 2019 she convened the panel Dress and Dissent: Embodying Protest at the Association for Art History conference and participated in Beyond Money: The Meta-Economics of Fashion at the Design History Society conference.

PhD, University of the Arts London

Objects of Denigration and Desire: Taking the Amateur Photographer Seriously

The Kindred of the Kibbo Kift

Photography Beyond the Image

The Power of Love