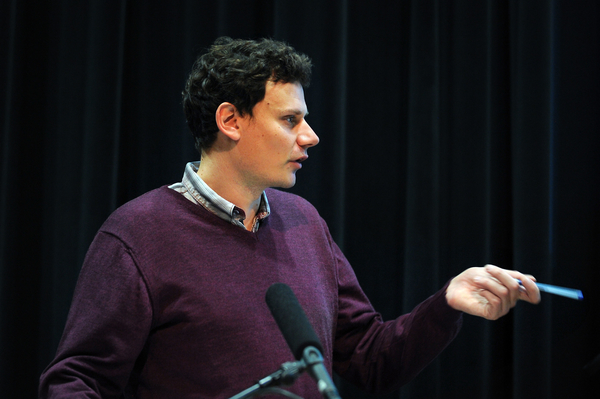 Christian Hogsbjerg is a Lecturer in Critical History and Politics at the University of Brighton.  Before starting this post, Christian taught a wide variety of humanities courses at a number of institutions including UCL’s Institute for the Americas, Leeds Beckett University and in the Department of History at the University of York (where he completed his doctorate in History in 2010 and where from 2013-14 he was a Teaching Fellow in Modern History).  Christian works on Caribbean history, the black presence in imperial Britain, the black experience of the British Empire, and how race and empire impacted more broadly on British identity, politics, society and culture.  He is a member of the committee of the Society for Caribbean Studies.

Christian's specialist focus of research to date has concerned the life and work of the black radical Trinidadian intellectual and activist C.L.R. James (1901-1989) who made a profound contribution as a historian to revolutionising scholarly understanding on Atlantic slavery and abolition, and as an activist to the making and shaping of modern multi-cultural, ‘post-colonial’ Britain.

Apartheid is Not a Game: Remembering the Stop The Seventy Tour campaign

Translated title of the contribution: The Red and the Black: C.L.R. James and the historical idea of World RevolutionHogsbjerg, C., 1 Apr 2019, In : Jahrbuch für Historische Kommunismusforschung. 2019, p. 35-51

Globalising the Haitian Revolution in Black Paris: C.L.R. James, Metropolitan Anti-imperialism in Interwar France and the Writing of The Black Jacobins

Haitian Revolution
France
Jacobin
Metropolitan
C. L. R. James
Your message has successfully been sent.
Your message was not sent due to an error.
If you made any changes in Pure these will be visible here soon.