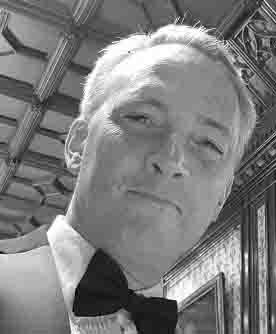 I am a Principal Lecturer, specialising in Electrical Engineering, within the School of Computing, Engineering and Mathematics. Since 2016, I have been the Year Leader for MEng Year 4 (Level 7 – Final Year) Since 2015, I have been a member of the Advanced Engineering Centre.

I like to teach theory and practice of multidisciplinary engineering fields supplementing the university experience, where possible, with industrial visits.

I use past exam questions and coursework, with relevance to real-world problems, to retain the interest of students and to try to ensure they have good prospects on leaving the University.

Since I am research-active, I try to incorporate my research and other real-world experience into my teaching.

Currently, in addition to supervision of: Research, Placements and Projects, I teach modules in:

I studied HND Electronic Systems Engineering at Kingston Polytechnic between 1986 and 1988 before working in the field of electronic security systems for a further two years.

From 1990 to 1993, I studied MEng and BEng(Hons.) Electrical and Electronic Engineering at Brighton Polytechnic and subsequently the University of Brighton.

On completion, my project supervisor offered me the chance to study for a PhD. From 1993 to 1998, I studied the application of intelligent systems, mathematical modelling and high voltage techniques to the solution of automotive electronics related problems; specifically, online testing of spark plugs and modelling of ignition systems and sparks. Toward the end of this period, I was offered a Research Officer position involving the application of intelligent systems to automotive engine diagnostic problems.

I continued research in the same field with occasional forays into other related subjects. On completion of my PhD I was made a Research Fellow, and in 2001 a Senior Research Fellow. In 2010, in recognition of my substantially increased teaching role, I was made a Senior Lecturer. The addition of substantial Administration to the Teaching and Research resulted in a change to Principal Lecturer in 2014. Over the period of 1990 to 2014, the name of my ‘home’ department has changed about four times, too.

I have supervised two PhDs and one MPhil to successful completion, and been Internal Examiner for two successful PhD examinations at University of Brighton.

Predominantly, my research was supported by Interreg up until 2012. Subsequently, I received KTP, consultancy and School funding.

I received a prize “Outstanding Contribution to the MBA Programme”, at University of Brighton, 2003. I also hold one patent.

I have worked in a variety of roles - including Project Leader - on several KTP projects.

I have completed contract work for Johnson Matthey and a number of other companies.

Reviewer for Journal of Magnetism and Magnetic Materials

Member of Institution of Engineering and Technology (IET)

Structural relaxation in the amorphous alloys: FeMeMoCrNbB (where Me = Ni or Co)

Two Hidden Layers are Usually Better than One

Open Access
File
Feedforward neural networks
Your message has successfully been sent.
Your message was not sent due to an error.
If you made any changes in Pure these will be visible here soon.