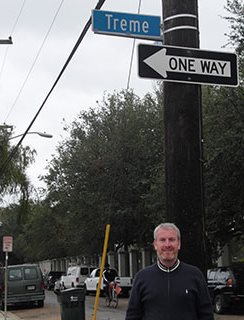 My research involves sociological, cultural and geographical analyses of race, ethnicity and popular culture. It is linked fundamentally by its central theme of qualitative observational research on ethnicities as lived in public cultures/spaces, and comprises explorations and critiques of the spatial dimensions of racialised inequality and resistance. My work emphasises notions of theoretical innovation, empirical originality and sociological intervention.

My substantive research interests can be divided into three main areas:

- Social and cultural aspects of the contemporary English seaside and coast, especially the connections between race, whiteness, migration and ‘new’ spaces of multiculture (utilising ethnographic methods)

Emerging research projects include work on the relationship between football and fashion, and on the dis/connections between football and black sound cultures. I am currently writing my third monograph, Racism and English Football: For Club and Country (Routledge, forthcoming).

I joined the University of Brighton in 2004, and I am a Reader and Deputy Head of School (Research and Enterprise) in the School of Sport and Service Management. I am also an Associate Professor (status only) in the Faculty of Kinesiology and Physical Education at the University of Toronto.

Engagement with non-academic publics is central to my scholarly work. During the late 1990s I was a member of the Leicester City FC Anti-Racist Task Force which initiated the Foxes Against Racism project. I have undertaken funded research for various organisations, including Albion in the Community, the FA Premier League and the Football Foundation, and I was an invited international expert for the ERASMUS+ BRISWA (Ball Rolls In the Same Way for All) anti-racism project. I have contributed essays to The Conversation, and EUROPP and Democratic Audit blogs. I have given recent invited talks at the National Maritime Museum, Five Leaves bookshop in Nottingham and ONCA Gallery in Brighton. I have been interviewed about my research on BBC Radio 4, BBC Five Live and BBC Asian Network.

I am an enthusiastic and passionate educator, and I like to bring to the classroom the same values that underpin my research: the pursuit of social justice; the inclusion of marginalised voices and perspectives; a critical sociological standpoint; and the means to challenge dominant institutions, structures and orthodoxies. I try to make my teaching relevant and timely, paying attention to local issues alongside a global perspective. At the moment I teach Critical Issues in Sport, Power and Politics in Sport, and Racism in Sport and Popular Culture modules. As a member of the University’s race equality committee, I contribute actively to efforts to decolonise the curriculum, and strive to centre race and racism (alongside other forms of oppression) in my teaching.

I am interested in supervising doctoral students in all areas related to my current research interests (please see above), as well as those focusing on broader issues linked to sport and popular culture, in/equality, identity and social justice.

My current PhD students are undertaking research on the experiences of bisexual women in sport, the use of trauma-sensitive yoga with refugee women, and gentrification at the English seaside.

Race, place and the seaside: postcards from the edge

North American Society for the Sociology of Sport (External organisation)