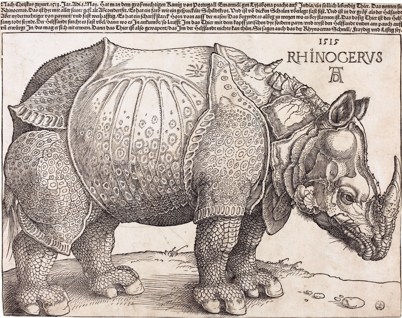 Dr Angelica Groom is an art historian who undertakes research into the cultural history of animals in relation to the early modern court. Her research centres on the history of animal depiction in diverse visual contexts, including early modern zoological illustrations, still life paintings, as well as imagery related to the ritual uses of animals in courtly hunting, pageantry and festivals. Related areas of investigation include elite collecting practices of rare and exotic beasts, both as living beasts displayed in menageries and princely gardens, and as taxidermied specimens exhibited in the Cabinet of Curiosity or Wunderkammer. Her research interests thus connect with numerous fields of scholarly enquiry, including animal studies, art history, garden design and architecture, collecting and early museum studies, court festivals and pageantry, and early modern naturalism.

Dr Angelica Groom studied for a BA (Hons) at the Open University, and an MA and DPhil at the University of Sussex, where she developed a specialist knowledge of the visual arts and cultural practices associated with renaissance and early modern Italian courts. Her doctoral thesis, entitled The role of rare and exotic animals in the self-fashioning of the early modern court: the Medici court in Florence as a case study, centred specifically on the important roles animals played in the political imaging and cultural self-fashioning of the Medici court in Florence (1531-1737) - both as subjects depicted in art and the deployment of ‘real’ beasts in the ritual life of the court.

Conference: Between Apes and Angels: Human and Animal in the Early Modern World(University of Edinburgh, 4-5 December 2014);Paper title: The Medici menageries as sites for collecting, display and performance’.

The Wallace Collection, London - The History of Collecting Series, 30 June 2014; Paper Title: ‘Animal collecting at the Medici court: deploying living and stuffed species as an inspiration for art’.

Annual Conference of the German Society for 18th-Century Studies, Herzog August Library, Wolfenbüttel, Germany, 9-11 September 2013; Paper title: Animal collecting at the Medici court in Florence: real, stuffed and painted beasts as evidence of different ways of classifying and conceptualizing the zoological ‘other’.

‘Collecting Nature’, a conference organised by Collecting & Display in collaboration with Schwabenakademie, Kloster Irsee, Germany, 24-28 May 2013); Paper title: Animal collecting at the Medici court in Florence: real, stuffed and painted beasts as evidence of shifting values in the display and conceptualization of the zoological ‘other’.

Art History Graduate Symposium, University of Sussex, 13 May 2013; Paper title: Animal collecting at the Medici court in Florence: real, stuffed and painted beasts as evidence of shifting values in the display and conceptualization of the zoological ‘other’.

Scientiae 2013: ‘Disciplines of Knowing in the Early Modern World’ University of Warwick (UK), 18-20 April 2013, Paper title: Early modern natural science as an agent for change in naturalist painting: Jacopo Ligozzi’s zoological illustrations as a case study. **Paper accepted for publication in an edited volume to be published by Pickering and Chatto.

AAH Student Symposium  - ‘Art and Science: Knowledge, Creation and Discovery’, the Linnean Society, London, 28-29 June 2012; Paper title: Animal paintings in the collections of the Grand-ducal court of the Medici: art in the service of early modern zoological science.

The EMREM Postgraduate Forum Annual Symposium, the University of Birmingham, 18 March 2011; Paper title: Bizzarri, meravigliosi e mostruosi animali: categories of the ‘other’ in the zoological art of the Medici.

Early modern natural science as an agent for change in naturalist painting: Jacopo Ligozzi’s zoological illustrations as a case study

Medici
Beast
Fauna
Naturalism
Animals
Your message has successfully been sent.
Your message was not sent due to an error.
If you made any changes in Pure these will be visible here soon.